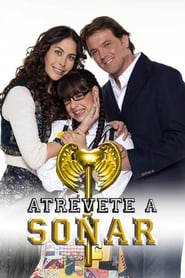 Atrévete a Soñar is a Mexican teen telenovela, produced by Luis de Llano for Televisa, under the license of Ideas del Sur. Atrévete a Soñar is an adaptation of the Argentine telenovela, Patito Feo. Danna Paola stars as Patito, Eleazar Gómez as Mateo, Violeta Isfel and Cynthia Klitbo, play antagonist roles as Antonella and Bianca. The telenovela features adult protagonists also, René Strickler and Vanessa Guzmán. It first aired on Sunday, 8 March 2009, as the first telenovela to debut on a Sunday in Mexico. After a year of success, becoming a major hit in Mexico, especially among children, its final episode was also on a Sunday, 7 March 2010.

War for the Planet of the Apes

The Tale of Despereaux

The Next Best Thing